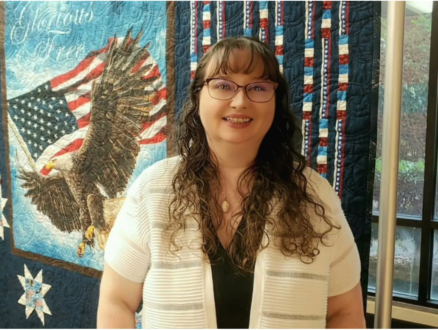 Estacada Area Community Events – Director (2005 – Present) and Secretary (2007 – 2012 and 2014 – Present). Formed new nonprofit with community members to continue the July 4th Festival that the Chamber cancelled. We added back the Timber Festival.

One of EDA’s biggest accomplishments is the remodel of Broadway Street.

People have told me for years I should run for office and I have thought that perhaps one day I would. Recently a couple of people have said I should run for Congress this year. I have prayerfully considered it and have decided that now is the time. I believe I am uniquely qualified to run for Congress and win the seat. During college I interned for a semester in Washington, D.C. and studied policy. I am a trained lawyer and I am used to fighting for and representing the interests of my clients. I have training in leadership through the Ford Institute Leadership Program, which is an influential program that benefits the community, so I become a facilitator and teacher of the program for two different years as a Community Ambassador Trainer. I have always been interested in and followed politics. At age 10, I helped in the campaign of a family friend. When in High School I was Junior Class Representative and during Senior year I was in the Student Council class. In college, I co-founded and was the President for the Political Science Club and I was a Delegate one year and the next year Head Delegate to the Model United Nations. My third year of law school I was the class Treasurer. However, I am not a politician by the classic definition. I believe in keeping my promises and speaking the truth. I will not say whatever it takes to get elected

Since I am currently self-employed, I can take as much time off as needed to devote to the campaign. I believe it is important for this district to have someone who is connected to the community to representative the district. It is interesting how that Congress Representatives go into office with average salaries and are there for years and years with Representative’s salaries and become multi-millionaires. I do not believe that a politician should be able to become a millionaire while in office unless they have another source of income, which they must declare.

I am running to bring common sense and actual citizen representation back to this district. Please visit my issue page to see where I stand on the issues.